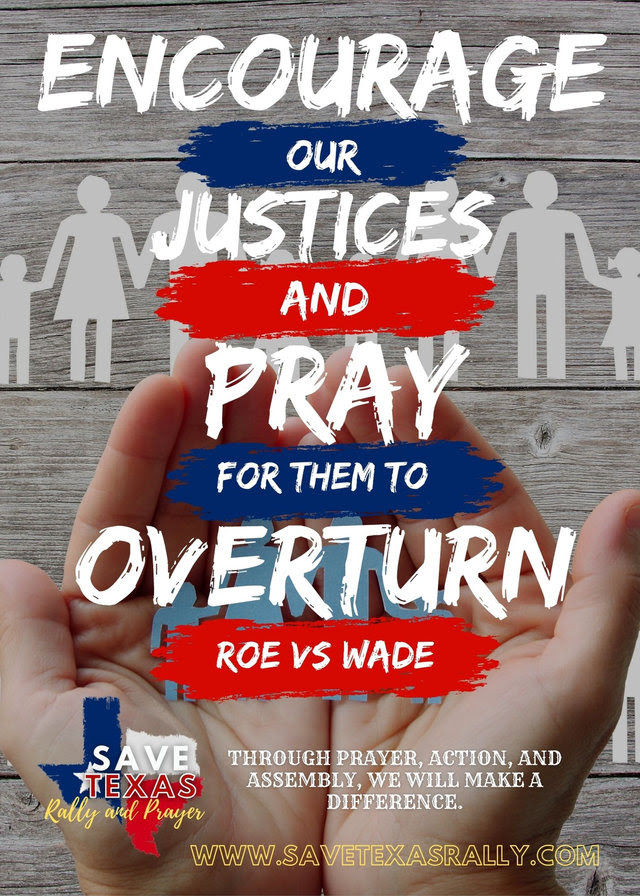 Call to Action – Roe vs. Wade

Join “Save Texas Rally and Prayer” as they encourage our justices and pray for them to overturn Roe vs. Wade.

Shortly after the draft of the decision by the Supreme Court potentially overturning Roe vs Wade was leaked, the left began rioting against the possibility of this ruling. The ruling would simply allow the states to determine whether abortion will be legal or not in their respective jurisdictions. These intimidation tactics by the left have reached the point of them protesting at Justice’s homes during the night, which is unacceptable.

We need to counteract the Left’s attempt to intimidate our Justices, using prayers, words of encouragement, and support for them.

Contact our Supreme Court Justices to show your support for Roe vs Wade being overturned while praying for them and thanking them for taking such a monumental stand on this controversial topic.

The event is finished.